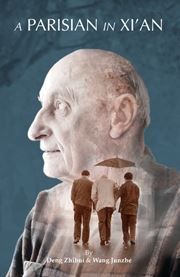 A Parisian In Xi'an

About Author
<p>Jean de Miribel arrived in China in July 1976. The tall, genial foreign-language expert joined the Xi’an International Studies University (XISU) that September, and immediately worked to inspire students to share a passion for literature and science.</p> <p>He adopted China and its people as his family and received admiration and respect from students and colleagues. He worked tirelessly, even in retirement, to build a Sino-French cultural exchange, and inviting friends in France and China to speak and spread ideas. The Chinese name he took for himself was Mi Ruizhe (米睿哲) – mi which literally means uncooked rice while his given names rui and zhe mean wise and far-sighted or astute.</p> <p/>His belief in education saw him develop the language studies at XISU, sponsor children through primary school, and help students from China to study overseas. Although he lived a very frugal life himself, he was extremely generous when it came to subsidising Chinese students in destitute mountainous regions to studying in France.</p> <p>He received many honours, including the Légion d’Honneur, as well as tokens of esteem and affection from students, friends and neighbours. Jean de Miribel left a legacy of cross-cultural understanding and respect. The last wish of the Frenchman known in his ‘adopted’ country as a ‘a person who has performed good deeds for China’ was to donate his body for medical research after he passed away at the age of 96 in Xi’an on 10 October 2015.</p>
描述
一个法国老人在中国