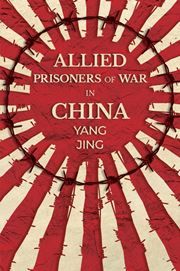 Allied Prisoners of War in China

About Author
<p>In the early years of the Second World War, Japan had the upper hand in the Pacific theatre. Thousands of Allied servicemen were captured and endured brutal treatment – many died, and most of the survivors were held until war’s end in August 1945.</p> <p>This book tells the story of the men who were incarcerated at the Mukden POW camp in northeast China, which was designated for prisoners with special technical skills and high-ranking officers. They included troops from British and Dutch territories and Australia, but the majority were Americans who had been captured in the Philippines and taken part in the infamous Bataan Death March.</p> <p>Based on extensive field research and interviews with former POWs, Yang Jing’s harrowing account of life in the Mukden camp provides detailed evidence of the crimes perpetrated by the Japanese during the second world war, as well as a Chinese perspective on a fascinating period of history.</p>
描述
盟军战俘在中国