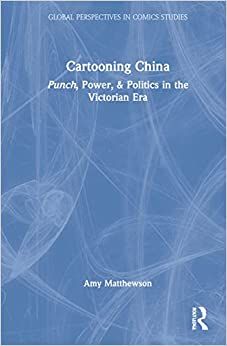 Details
Filled with political metaphors and racial stereotypes, these illustrations served as a powerful tool in both reflecting and shaping notions and attitudes towards China at a tumultuous time in Sino-British history. A close reading of both the visual and textual satires in Punch reveals how a section of British society visualised and negotiated with China as well as Britain’s position in the global community. By contextualising Punch’s cartoons within the broader frameworks of British socio-cultural and political discourse, the author engages in a critical enquiry of popular culture and its engagements with race, geopolitical propaganda, and public consciousness.

With a wide array of illustrations, this book in the Global Perspectives in Comics Studies series will be an important resource for scholars and researchers of cultural studies, political history and Empire, Chinese studies, popular culture, Victoriana, as well as media studies. It will also be of interest to readers who want to learn more about Punch, its history, and Sino-British relations.
About Author
Amy Matthewson has a PhD degree in history from the School of Oriental and African Studies (SOAS), University of London, United Kingdom.