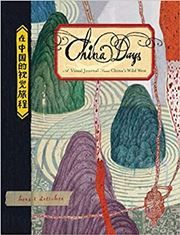 Details
The nation of China is a constant source of fascination, yet we rarely glimpse life beyond its urban centres. Far west of Beijing and Shanghai, in the remote Chinese province of Yunnan, pioneering artist Henrik Drescher settled over a decade ago. While residing in his adopted home, Drescher records his experiences and observations in his illustrated notebooks, capturing everyday life in settings ranging from street markets to mountainscapes. These richly illustrated pages are compiled here for the first time. Drescher's loyal fans will appreciate this window onto the life of the artist at the height of his powers, while those with an interest in Chinese culture will marvel at this rarely seen view of a country in the global spotlight.
About Author
Danish artist Henrik Drescher has travelled all over the world and kept illustrated journals along the way. He is the author of many books for adults and children and his work is featured in major art collections across the globe, including the Museum of Modern Art in New York, The Getty Museum in LA and the Victoria and Albert Museum in London. He is the recipient of numerous book and illustration awards: he is the two-time gold medal winner of the Art Directors Club of Toronto Award and his work has been selected by The New York Times as one of the 10 Best Illustrated Children's Books of the year four times. He has lectured at the Rhode Island School of Design, Parsons School of Design and the School of Visual Art Graduate Illustration Program in New York.