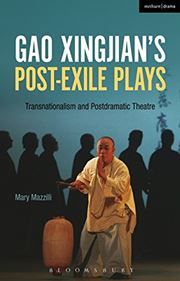 Details
Awarded the Nobel Prize for Literature in 2000, Gao Xingjian is the first Chinese writer to be so lauded for his prose and plays. Since relocating to France in 1987, in a voluntary exile from China, he has assembled a body of dramatic work that has best been understood neither as expressly Chinese nor French, but as transnational. In this comprehensive study of his post-exile plays, Mary Mazzilli explores Gao's plays as examples of postdramatic transnationalism: a transnational artistic and theatrical trend that is fluid, flexible and full of variety of styles and influences. As such this innovative interdisciplinary investigation offers fresh insights on contemporary theatre. Whereas other publications have considered Gao's work as a cultural and artistic phenomenon, Gao Xingjian's Post-Exile Plays: Transnationalism and Postdramatic Theatre is the first study to relate his plays to postdramatic theatre and to provide close textual and dramatic analysis that will help readers to better understand his complex work, and also to see it in the context of the work of contemporary playwrights such as Martin Crimp, Peter Handke, and Elfriede Jelinek. Among the plays discussed are: The Other Shore, written just before he left China in 1987; Between Life and Death (1991) - compared in detail to Martin Crimp's Attempts on her life; Dialogue and Rebuttal (1992), and its relationship to Beckett's Happy Days; Nocturnal Wanderer (1993), Weekend Quartet (1995), and the latest plays Snow in August (1997), Death Collector (2000) and Ballade Nocturne (2010).
About Author
Dr Mary Mazzilli is a Lecturer in Drama and Literature at University of Essex. She was a Lecturer in Theatre Theory and Contemporary Practice at Goldsmiths in the Theatre and Performance Department (2015-2016). In 2012-2014, she was a post-doctoral fellow at Nanyang Technological University - Singapore in the School of Humanities and Social Sciences.