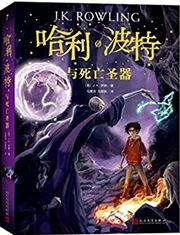 Harry Potter and the Deathly Hallows

Details
As he climbs into the sidecar of Hagrid's motorbike and takes to the skies, leaving Privet Drive for the last time, Harry Potter knows that Lord Voldemort and the Death Eaters are not far behind. The protective charm that has kept Harry safe until now is now broken, but he cannot keep hiding. The Dark Lord is breathing fear into everything Harry loves, and to stop him Harry will have to find and destroy the remaining Horcruxes. The final battle must begin - Harry must stand and face his enemy.
About Author
J.K. Rowling is the author of the record-breaking, multi-award-winning Harry Potter novels. Loved by fans around the world, the series has sold more than 500 million copies, been translated into 80 languages and made into eight blockbuster films. She has written three companion volumes in aid of charity: Quidditch Through the Ages and Fantastic Beasts and Where to Find Them (in aid of Comic Relief and Lumos), and The Tales of Beedle the Bard (in aid of Lumos). In 2012, J.K. Rowling’s digital company and digital publisher Pottermore was launched, a place where fans can enjoy the latest news from across the wizarding world, features and original writing by J.K. Rowling. Her first novel for adult readers, The Casual Vacancy, was published in September 2012 and adapted for TV by the BBC in 2015. J.K. Rowling also writes crime novels under the pseudonym Robert Galbraith, featuring private detective Cormoran Strike. The first four novels The Cuckoo’s Calling (2013), The Silkworm (2014), Career of Evil (2015) and Lethal White (2018) all topped the national and international bestseller lists. The first three have been adapted for television, produced by Brontë Film and Television. J.K. Rowling’s 2008 Harvard commencement speech was published in 2015 as an illustrated book, Very Good Lives: The Fringe Benefits of Failure and the Importance of Imagination, and sold in aid of Lumos and university-wide financial aid at Harvard. In 2016, J.K. Rowling collaborated with writer Jack Thorne and director John Tiffany on the stage play Harry Potter and the Cursed Child Parts One and Two, which is now running at The Palace Theatre in London’s West End and at The Lyric Theatre on Broadway. Also in 2016, J.K. Rowling made her screenwriting debut with the film Fantastic Beasts and Where to Find Them. A prequel to the Harry Potter series, this new adventure of Magizoologist Newt Scamander marked the start of a five-film series to be written by the author. The second film in the series, Fantastic Beasts: The Crimes of Grindelwald was released in November 2018. The script book of the play Harry Potter and the Cursed Child Parts One and Two was published in 2016. The original screenplays of the Fantastic Beasts films are published too: Fantastic Beasts and Where to Find Them (2016) and Fantastic Beasts: The Crimes of Grindelwald (2018). As well as receiving an OBE and Companion of Honour for services to children’s literature, J.K. Rowling has received many awards and honours, including France’s Légion d’Honneur and the Hans Christian Andersen Award.
描述
哈利告别了保护他十七年的女贞路，坐上海格的摩托车飞向天空，他知道伏地魔和食死徒就在他们身后不远处追赶。伏地魔威胁着哈利深爱的一切，为了阻止他，哈利必须找到并毁掉剩下的魂器。 最后的大战即将开始，哈利除了直面他的敌人，别无选择…… “两个人不能都活着，只有一个生存下来，我们中的一个将要永远离开……” ——哈利·波特
关于作者
J.K.罗琳 J.K.罗琳是热销书“哈利•波特”系列的作者，该系列小说深受读者喜爱，屡创销量纪录。迄今为止，“哈利•波特”系列销量已逾500,000,000册，被翻译成80种语言，并被改编成8部好莱坞大片。J.K.罗琳还为慈善组织撰写过3部“哈利•波特”系列衍生作品，分别是《神奇的魁地奇球》《神奇动物在哪里》（用于资助喜剧救济基金会和“荧光闪烁”）以及《诗翁彼豆故事集》（用于资助“荧光闪烁”）。她还创作了一部以《神奇动物在哪里》为灵感来源的电影剧本，该影片开启了“神奇动物在哪里”电影系列（共5部）。她与他人协作的舞台剧《哈利•波特与被诅咒的孩子》（一部和第二部）于2016年夏天在伦敦西区上演。2012年，J.K.罗琳正式推出数字化公司Pottermore，哈迷们可以在网站上浏览新闻、专题和文章，更可以畅读她的原创内容。J.K.罗琳还为成年读者写过小说《偶发空缺》，并以笔名罗伯特•加尔布雷思创作过推理小说。她曾荣获众多奖项和荣誉，其中包括表彰她为儿童文学做出巨大贡献的大英帝国勋章、法国荣誉军团勋章，以及安徒生文学奖。 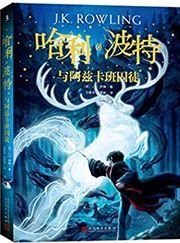 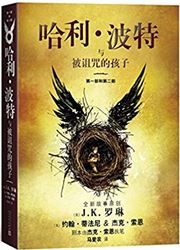 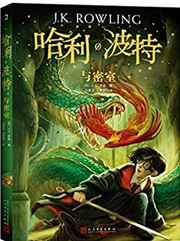 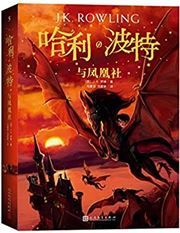