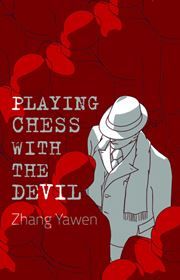 Playing Chess with the Devil

About Author
<p>Spanning Europe and Asia, Playing Chess with the Devil is the true story of the remarkable people who risked their lives to protect countless civilians from the Nazis and the Japanese during the Second World War. Among these heroic individuals were a German military governor, a Chinese housewife, a Danish sailor, an American missionary and two China-based German businessmen.</p> <p>This is an updated and extended version of Zhang Yawen’s award-winning 2002 novel A Chinese Woman at Gestapo Gunpoint, which has been adapted for the small screen and broadcast in a primetime national TV slot in China. In 2015, the book was selected by Chinese President Xi Jinping as a gift for King Philippe of Belgium. Based on extensive interviews and research, Zhang not only presents the dramatic events surrounding the resistance to fascism, but also delivers a passionate plea for mankind to learn from the mistakes of the past.</p>
描述
与魔鬼博弈