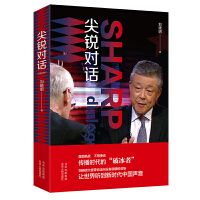 Details
As China is playing more and more important role in international affairs, the world is eager to know more about China. During Liu Xiaoming’s 11-years-tour of Chinese Ambassador to the UK, he reached out enthusiastically to a broad spectrum of audience to present China story via mass media and multimedia communications. He faced up to challenges and never shied away from difficult and complex issues in order to make China’s voice heard, understood, recognized and believed. Liu Xiaoming made unremitting efforts to mitigate the “understanding deficit” between China and the West.
This book includes 32 interviews he gave to major TV and radio networks including BBC, Sky News, ITV and Channel 4. Many of them are live interviews with Britain’s best known TV presenters and interviewers.This book covers a very range of subjects from President Xi Jinping’s state visit to the UK, China-UK relations, understanding China, Hong Kong, Covid-19, to China-Japan relations. Every subject has background information and every interview has the author's notes telling the story behind the interview.
In the book, Liu Xiaoming also shares his experience in dealing with western media, especially his 'magic tool' and 'secrets' to success. As an 'ice-breaker' in the era of communication, Liu Xiaoming is constantly striving to present a credible, admirable and respectable China.
About Author
Liu Xiaoming, Special Representative of the Chinese Government on Korean Peninsula Affairs.
A graduate of Dalian University of Foreign Languages, he received his MA at Fletcher School of Law and Diplomacy of Tufts University and joined the Chinese foreign service in 1974. He had been posted in Africa, America, Asia and Europe. He was promoted as Deputy Director-General at the North American and Oceania Affairs Department of Ministry of Foreign Affairs in 1995 and served as Minister and Deputy Chief of Mission at the Chinese Embassy in Washington D.C. from 1998 to 2001.
From 2001 to 2006, he served as Chinese Ambassador to Egypt, Assistant Governor of Gansu Province, Vice Minister at the Office of the Foreign Affairs Leading Group of the CPC Central Committee He was Chinese Ambassador to the Democratic People’s Republic of Korea from 2006 to 2010 and to the United Kingdom from 2010 to 2021.
Since April 2021, he has served as Special Representative of the Chinese Government on Korean Peninsula Affairs. He is a member of Foreign Policy Advisory Group of China.
He received The Fletcher Dean’s Medal, First Class Friendship Medal of the Democratic People’s Republic of Korea, the Fletcher Class of 1947 Memorial Award, the 48 Group Club Lifetime Achievement Award for Contribution to Sino-British Relations and the Freedom of the City by the City of London Corporation.
He was awarded the Degree of Doctor of Laws Honoris Causa of Nottingham University and the Honorary Doctorate of the University of Huddersfield.
He is the author of Sharp Dialogue (Beijing Publishing Group 2022)
描述
随着中国日益走近世界舞台中央，世界希望听到更多的中国声音。身处外交最前线的刘晓明担任驻英大使11年期间，经常亮相英国电视、电台，接受主持人现场直播采访，以西方民众熟悉的方式和听得懂的语言讲中国故事。他不畏惧挑战、不回避问题，与主持人唇枪舌战、激烈交锋，批驳谬论、澄清事实、激浊扬清，坚定捍卫国家利益和尊严。
本书收录他接受170多次媒体采访中32次接受英美电视、电台采访实录，共分“习近平主席对英国进行国事访问”“如何认识中国”“香港问题”“新冠疫情”“中日关系”5个专题。每个专题都有背景介绍，每个采访都有作者手记，介绍采访背后的故事。刘晓明在书中还分享了他与西方媒体打交道的经验和体会，特别是他的制胜“法宝”和“秘诀”。作为传播时代的“破冰者”，刘晓明致力于向世界展现“可信、可爱、可敬”的中国形象。
关于作者
刘晓明，毕业于大连外国语大学，获美国塔夫茨大学弗莱彻法律外交学院硕士。1974年开始外交生涯，先后在非洲、美洲、亚洲、欧洲四大洲常驻，曾任外交部北美大洋洲司副司长、驻美国使馆公使（副馆长）、驻埃及大使、甘肃省省长助理、中央外事工作领导小组办公室副主任、驻朝鲜大使、驻英国大使。现任中国政府朝鲜半岛事务特别代表、外交部外交政策咨询委员会委员。
曾获美国弗莱彻院长勋章、朝鲜民主主义人民共和国一级友谊勋章、美国弗莱彻1947纪念勋章、英国48家集团俱乐部中英关系杰出贡献终身成就奖、英国诺丁汉大学荣誉法学博士、英国伦敦金融城荣誉市民、英国哈德斯菲尔德大学荣誉博士。
著有《尖锐对话》（2022年北京出版集团）。