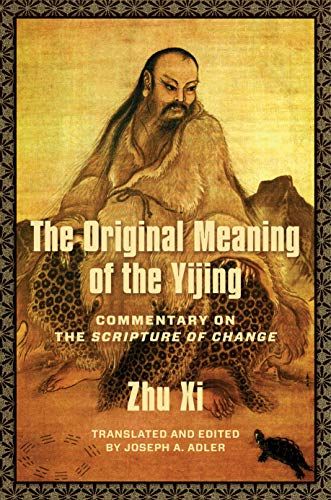 The Original Meaning of the Yijing

Details
The Yijing (I Ching), or Scripture of Change, is traditionally considered the first and most profound of the Chinese classics. Originally a divination manual based on trigrams and hexagrams, by the beginning of the first millennium it had acquired written explanations and a series of appendices attributed to Confucius, which transformed it into a work of wisdom literature as well as divination. Over the centuries, hundreds of commentaries were written on it, but for the past thousand years, one of the most influential has been that of Zhu Xi (1130–1200), who synthesized the major interpretive approaches to the text and integrated it into his system of moral self-cultivation.

Joseph A. Adler’s translation of the Yijing includes for the first time in any Western language Zhu Xi’s commentary in full. Adler explores Zhu Xi’s interpretation of the text and situates it in the context of his overall theoretical system. Zhu Xi held that the Yijing was originally composed for the purpose of divination by the mythic sage Fuxi, who intended to create a system to aid decision making. The text’s meaning, therefore, could not be captured by a single commentator; it would emerge for each person through the process of divination. This translation makes available to the English-language audience a crucial text in the history of Chinese religion and philosophy, with an introduction and translator’s notes that explain its intellectual and historical context.